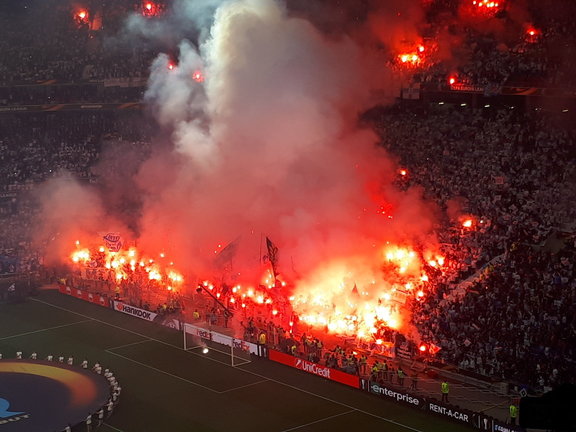 The quarter-finals of the UEFA Champions League began with a 2-1 victory for Paris Saint-Germain over a spirited Atalanta.

The Parisians scored two late goals, including a clincher from ex-Stoke striker Eric-Maxim Choupo-Moting (Cameroon), in the closing minutes at an empty Estadio da Luz.

All games are one-off contests with the UEL fixtures being staged in Germany and the UCL in Portugal.

For almost a decade African Soccer News has been covering and reporting on African soccer both at home and worldwide.

African Soccer News is at the forefront of reporting on games worldwide and featuring articles that are both informative and newsworthy.